Hi Friends around the world!
My name is Layne. It’s so nice to meet all of you.
I have been a Moderator for this Group since May. Arik (my fearless Captain) calls me his Hero-Moderator. I get a bit glow-y when he uses that expression!
Many of you have asked to be introduced to the team. Artur, our Web developer from Armenia has already done so, and beautifully, too.
Now, Arik has asked me to step out from behind the scenes, into the “spotlight” in order to introduce myself to you, as well as fill you in on the day-to-day responsibilities that I, along with the Team, am committed to fulfilling, which help the Group to run smoothly. There is most certainly a lot going on to keep us busy! I’m really flattered to peep out from behind the curtains and connect with you.
I have so much to tell you, but I’m not going to give it all away in one big chunk, rather small chapters…
Chapter One — A Bit of my Background and Joining the Group
I’m originally from London, England. My family moved all around the world due to my Dad’s job as a producer/ director for British television.
My parents divorced and Mom remarried, which resulted in my relocation to the States. I married and had my beautiful daughter. Then, I got divorced and married again…
In 2015, I came on a girly-holiday to Cyprus and immediately fell in love with everything about this beautiful island. I made up my mind that I was going to live here and made my dream a reality in May of 2017.
I’m the world’s oldest waitress! I’ve been in hospitality forever. In Cyprus, I found a job quickly in a very popular British-owned restaurant, in which I adore working.
When Lockdown began, I found myself unemployed, alone and afraid in my flat. I was terrified of what was happening all around the world, and now I had no job. I worried about everything and everyone I loved.
I’ve always been a bit of a Facebook fan, so after some wonderful friends invited me to join this Group, I did so on April 6. I got involved. I started snapping photos of my neighbor’s laundry which was different every day. And, you “liked” it! I came to depend on the camaraderie of the members and the comfort I experienced from sharing these strange times with others. Everyone seemed to be scared and worried too. We were all telling our own stories by showing what we were seeing from our Lockdown windows.
After several weeks, I noticed that my posts were taking longer to be uploaded to the feed. I realized that this Community was growing by leaps and bounds. A Group that went viral quickly in this currently viral world. I figured that the people in charge might need a bit of help.
Arik made an announcement in early May that he was looking for authors for the WindowBlog. I got a bit bold and asked him if I could contribute. He said that he’d love to add my posts to the blog. I told him that being unemployed, I had a whole lot of extra time on my hands, and that this Group has helped me (and thousands) to get through this awful time of our lives. And then I said that if he needed any help, I’d be happy to help moderate.
And so the journey began …
In the next chapter, I’ll be sharing how my life has changed completely as I became a tech-savvy guru of the internet, through the many hours of training, hard work, sleepless nights and lengthy phone calls with the Captain.
Stay tuned! See you again soon.
(The purpose of this post is to present myself to you as a member of the Team. So I offer you a photo of me!)
Love and light 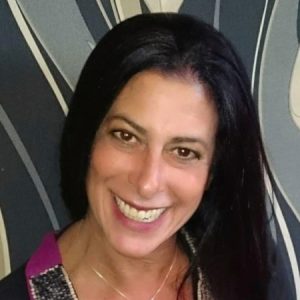