Our Group is a space of inspiration. To keep it that way, sometimes the Admin Team has to face day-to-day challenges and difficulties, which are less inspiring, but still extremely important for the Project’s success.

Since the inception of our Group on 21 March, 2020, we have experienced some occasions in which what seemed to be Facebook bugs, jeopardized the activity of our Group for long periods of time. They were serious bugs that required response and resolution urgently. Our Team took care of that, both by communicating the matters with Facebook’s support desks, as well as with our worried Members.

The first bug prevented new Members from joining our Group. Due to the bug, when Members were inviting their friends to join, unfortunately those individuals were unable to accept the invitation and become part of our Community.

A large amount of our Members are people that current Members have invited. Without the possibility of inviting new Members to our Group, the bug affected us seriously. To resolve this situation, the technical problem needed to be fixed.

As soon as the bug occurred, we received an overwhelming number of private messages from both Members and non-Members. Also, many related comments were visible on the Group’s feed, with Members expressing their frustration. It was quite a lot of pressure!

In response to the bug, the Admin Team communicated the matter several times with Facebook’s support desks, as well as to our Group Members.

Finally, after some stressful and intense days of communication, the technical problem was solved.

Due to the second bug, Members using iPhones (and additional Apple devices) who tried to share posts in the Group were, unfortunately, prevented from doing so.

Again, we received an incredible amount of messages from frustrated Members. There was quite a lot of pressure. Approximately 50% of our Members weren’t able to post for many days. Unfortunately, the window was closed for them!

Also with this bug, our Admin Team had to communicate the matter to Facebook’s support several times, as well as inform our Members of the related developments.

It took almost two weeks, plenty of communication, lots of stress, nerve-wracking days and sleepless nights, until this bug was fixed and Members using iPhones were able to post on the Group again. Whew!

Our Group requires continuous work and care, with many daily tasks and responsibilities. Facilitating situations like this, which includes communication with Members, as well as with Facebook support, is one of the many things we take care of. 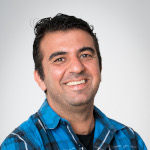 I am Creator, Project Manager and Moderator of "What do you see from your window?". If you would like to learn more about me, here is a post of my life story in my own words, containing some interesting chapters of my life.